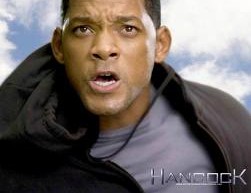 Which is why, as demonstrated by this Cracked article (Cracked tend to be a mixed bag but this one hits the nail on the head) regarding five persistent prejudice in movies that contribute to, you guessed it, the reproduction of racism and patriarchy:

5. They Still Can’t Show a Black Man Dating a White Woman (Unless That’s What the Whole Movie Is About):

“It’s not just our imagination. The “Audiences Don’t Want to See Black Men Taking Our White Women” thing is so ingrained that Will Smith claims that Cameron Diaz lost the lead role opposite him in the movie Hitch because producers were worried about “the nation’s problem of seeing a black man and a white woman getting intimate.” So, Cuban-American Eva Mendes was cast instead. Hollywood has apparently decided that Mendes is a nice compromise to the black man/white woman problem — she gets those roles again and again and again.”

4. Only the Pretty Girls Are Allowed to Live AKA, the Vasquez always dies meme.

“We’ve convinced ourselves that there’s such thing as “ass-kicking supermodels” for the same reason female slasher movie survivors tend to spend the last hour of every film running and screaming at the top of their lungs. There is so much psychology behind that concept of the lone female slasher movie survivor that there is an entire book about the phenomenon and what it means (Men, Women and Chain Saws). The author points out that when the last person standing in a horror movie is a man, you never see him screaming or crying with fear (imagine Arnold’s character in Predator doing that), but with women, it’s required. For the most part, we won’t sympathize with her unless she spends a certain amount of time helpless and terrified.”

3. Movies Are Still Weirdly Prudish About Some Subjects, mostly, women having fun with their sexuality and enjoying it. And abortion too. You can make as many rape jokes as you want, but abortion is a big no-no.

2. If It’s a Blockbuster, the Star Better Be White (or Will Smith). Well, that one is pretty much self-explanatory. And even when it’s Will Smith (or Denzel Washington, but he’s getting older), the black stars tend to be of lighter-skinned with fine features.

1. We Still Don’t Care About History That Doesn’t Involve White People, which is something I have discussed under the “white savior” heading. Only white people can liberate oppressed minorities or indigenous peoples (see the Guarani in The Mission or the Naavi in Avatar), only white people clear agency and the guts to make the tough moral decisions that need to be made based on the lessons taught by minority characters (with limited agency and dysfunctional cultures).

If you put this all together, you can clearly see that all of these memes protect privileged people’s sensitivities and reproduce their privileged position, whether it is class, gender, race and heteronormativity. They assign agency, capacity for action and leadership to already privileged category and erase challenges to privilege. And in all of them, the only moral viewpoint that matters is that of the privileged category. Which is why these memes persist: because they allow the main audience’s viewpoint to prevail, and therefore, makes privileged audiences more comfortable and allows greater potential for identification with main characters.

A good example of what happens when that is not the case is the mini-controversy that has erupted over the casting of the upcoming Hunger Games movie:

And especially these two posters:

See this post for the full controversy which boils down to: how dare they make these characters I like BLACK!! And read the rationalization for the outrage: the (mostly white) readers had imagined these characters as good, gentle and ultimately victims of the Capitol’s oppressive system, as, of course, white (like them). The book is rather clear in its description of Rue that she is black. For Cinna (the character played by Lenny Kravitz), there is no particular description, so, it was open. It is especially revealing that some commenters assumed that Cinna was white because the book depicts him as sweet and lovable (and therefore, not possibly black). you can go read the whole sorry thread at the link.

All these commenters lamenting that Cinna is, OMG, black which does not fit with a nice, gentle, sweet, and good character are tapping into a whole trough of media representations of black as the opposite of all these things, without a shred of awareness. And I am sure they would all deny any racism on their part. It is just not the way they imagined the character. And being white, they must be right. And now they are stuck with an impossibility to identify.

How dare the movie producers do that to them?