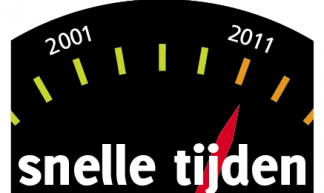 At first sight the term “social acceleration” seems to hold promise. It connects to an intuition that there is some sort of acceleration taking place in the pace of life. Whereas a letter took days, email is instantaneous; whereas travel between the cities of Europe took weeks, now it takes hours (volcanoes permitting); production cycles are shortening, productivity is increasing and life seems more hurried.

Yet under closer inspection the idea shows itself to be rather more opaque. It may be the case that communication and transport have accelerated, but that doesn’t mean that we have accelerated. In fact, the opposite should be the case. No longer required to deal with all that mundane paraphernalia that went with writing someone a letter, we should be wallowing in the time that has been gifted to us by email. As for the decades that must have been saved as a consequence of the acceleration of our means of transport, it’s a wonder we even need to get out of bed. Weren’t the futurists of yesterday earnestly discussing the post-work society that would be the inevitable consequence of automated production systems?

The point being that while the term seems promising it is far from transparent and needs to be got hold of in the right way.

My interest in the notion of acceleration was first roused when I read James Gleick’s 1999 book, Faster (1). It was both a strength and a weakness of the book that it didn’t attempt to provide a definition or try to characterise the nature of such acceleration. In fact it never really says what is accelerating. Its subtitle, “The Acceleration of Just About Everything” neatly sidestepped the issue. Instead, it provided a heady survey of instances of acceleration drawn from a huge variety of areas of culture and society, from the stock market and air traffic control to channel surfing and baking potatoes. The strength of Gleick’s approach was that by juxtaposing so many different instances of what he is talking about he allows the reader make connections between them and form his or her own conclusions without reducing everything to a theoretical model. Its weakness is that it lacks an analysis that might deepen our understanding of the situation we are in with regards to accelerating social and cultural change. Of course, he was under no obligation to provide such an analysis, this was not an academic treatise. However a more sustained treatment of the phenomenon is required and can be provided.

In subsequent posts I will look at how the German sociologist Hartmut Rosa develops the idea of ‘social acceleration’ and discuss how, in my view, the phenomenon of social acceleration needs to be understood in relation to the dynamics of capital accumulation and social homeostasis. More of that later. In this and the next posting I will discuss themes related to Gleick’s treatment of the topic.

At the start of this posting I mentioned two features of the modern world which have been subject to an obvious acceleration- transport and communication. The first point to make about Gleick’s book is that it reminds us that acceleration does not need to be directional. Processes can accelerate without going anywhere. Rhythm is more important than speed here. Whilst speed will often be required in order to increase the rhythm, this is not always the case. A paradigm example he uses is taken from a time and motion study done in the 1950’s urging American housewives not to waste so much time with inefficient potato baking. They were reprimanded for carrying the potatoes from fridge to sink in one’s or two’s rather than using a pan to take them all and for not using both hands to turn on the tap and pick up the brush simultaneously. A more recent example of this has been the popularity of the Youtube video demonstrating the Japanese method for efficient T-shirt folding. Sounds dull, but it isn’t.

No directional speed here, rather a combination of the elimination of unnecessary steps and multitasking.

Of course these are very specific cases, and most of us are quite capable of maintaining impressive levels of inefficiency in our private lives. However, we exist in environments that are dominated by these efficiency driven procedures and technologies, whether they be transport systems and traffic circulation or electronic communication and rolling news. For many people where it really bites is in the workplace, where idle chat by the coffee machine is the enemy of productivity. But just as insidious is the moral imperative that we stand on the right if we don’t want to walk up the escalator in the Metro and soon become irritable when others don’t fall into line.

To what end all this efficiency?

To free up time of course. But here’s the rub, whilst such practices are always justified by reference to the almost absolute value ascribed to time-saving, the cumulative effect of such practices is that they end up colonising time. I suppose, in theory, we could wallow idly in the unstructured time that we have as a result of more efficient practices (and time saving devices), but we don’t. Unstructured time induces anxiety which we seek to assuage with more activity, more projects and plans and more consumption.

Time comes to be experienced as a resource, or a commodity, which needs to be managed, rather than a gift that life bestows on us at absolutely no cost.

Who’s to say that the 1950’s housewife didn’t enjoy dawdling as she prepared the potatoes, allowing her mind to wonder where it would? The same argument could be used with respect to the dishwasher, although I’m sure a lot of people would draw the line there and say that washing dishes by hand was, or is, boring and that if there is a device to do this for you it can only be a good thing. However, this operates on different scales. Sure it’s a good thing that you don’t have to stay at home for an extra half hour washing the dishes when you could be out shopping or watching a film or playing tennis or whatever else you enjoy doing. Taken on its own, and within a relatively unchanging context, the dishwasher is unambiguously a good thing. However, when seen in the context of the countless innovations and inventions designed to save us time, what we find is that our involvement in such processes, far from saving us time, acculturates us to these new rhythms. They cease to be a means to an end, and become an end in themselves. They cease to be time saving devices and become the media through which time is experienced.

Perhaps the inefficient potato baking process was in fact a way of creating time. I enjoy fly-fishing. It would clearly be cheaper and more efficient all round if I bought the trout from the supermarket, but that would annihilate the time that I enjoy creating.

It seems that far from being a waste of time, all that ‘mundane paraphernalia that went with writing someone a letter’ was constitutive of time.

The examples so far have been small-scale and personal, but this is clearly a systemic, society-wide phenomenon. In the next posting, and staying with Gleick, I will look more closely at the social side of the ‘social acceleration’ equation.

1. Gleick, J. (2000) Faster, The Acceleration of Just About Evereything, Abacus