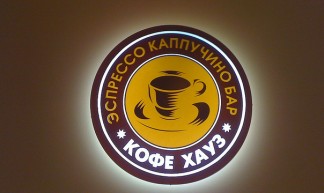 ANALYSE - Ukraine, to its sorrow, has always been on the frontier between Russia and the rest of Europe. Its name even means “Borderlands”. For centuries it was partitioned between its neighbours. When it gained its independence from the collapsing Soviet Union it was politically and linguistically divided between the Ukrainian-speaking West and the Russian-speaking East. Many observers in the early 1990s expected it to fall apart sooner or later. The first line of its national anthem seemed grimly appropriate: ‘Ukraine has not yet died.’

Twenty years on, its independence and national identity seem more solid, even if many Russian politicians, from President Vladimir Putin to his arch-opponent Aleksey Navalniy, still talk of Russians and Ukrainians as “one people”. But Ukraine, and the European Union, now face a moment of decision: will Ukraine be the Russosphere’s border with the EU, or the Eurosphere’s border with Russia?Closer integration with EU

Ukraine seemed for a long time to be dodging this choice: President Viktor Yanukovych tacked between Brussels and Moscow after his inauguration in 2010. Now, however, with the Vilnius Eastern Partnership Summit a month away, Ukraine seems to be turning decisively towards the EU – ironically, partly because of Moscow’s pressure on it (described in Charles Grant’s recent CER Insight ‘Is Putin going soft?‘) to join the Russian-led Customs Union instead of signing an Association Agreement with the EU. Both government and opposition in Ukraine support closer integration with the EU, and opinion polls show that even in Russian-speaking eastern Ukraine there is a majority in favour of EU membership (though this is not on offer at this stage).

The deal is not yet done: the EU set a series of conditions for Ukraine to meet before the agreement could be signed. It has made some progress, for example on electoral reform, following EU criticism of the conduct of parliamentary elections in October 2012. The biggest obstacle remains, however: ending ‘selective justice’, and in particular pardoning former Prime Minister Yulia Tymoshenko, currently serving a seven-year sentence for abuse of office. Former Polish President Aleksander Kwasniewski and former European Parliament President Pat Cox have been working persistently on behalf of the European Parliament (where Tymoshenko has many supporters) to achieve this.

Up to now, this has remained too much for President Yanukovych to swallow. The Ukrainian government has a draft law prepared which would release her on humanitarian grounds and allow her to travel abroad for medical treatment; but it would not void her conviction. Yanukovych evidently still considers her a political threat, and hopes that his compromise offer will be enough for the EU.

So far the EU has not blinked: Enlargement Commissioner Stefan Füle, Swedish Foreign Minister Carl Bildt and EP Foreign Affairs Committee Chair Elmar Brok all delivered the EU message to Yanukovych at the Yalta European Strategy meeting in September. The EP has extended the mandate of Kwasniewski and Cox for a few more weeks in the hope that they can still clear the way for Ukraine to sign the Association Agreement, which includes a Deep and Comprehensive Free Trade Agreement (DCFTA), in Vilnius. As an incentive, both the Parliament and the Council have supported provisional application of the trade aspects of the agreement as soon as possible after signature, prior to ratification.

Assuming that a solution is found, both Ukraine and the EU will face challenges in implementing the agreement and benefiting from it. For Ukraine, the immediate threat is that Russia will punish it for rejecting the Customs Union. Russia has repeatedly used gas deliveries to Ukraine and other neighbours as instruments of political pressure. When Deputy Prime Minister Dmitriy Rogozin recently warned the Moldovans against initialing their own Association Agreement with the EU, telling them that he hoped they would not freeze, Ukraine got the message.

Overall, Ukraine’s trade is quite well balanced between Russia and the EU: in 2011, the last year for which WTO figures are available, 29 per cent of its exports went to Russia and 26 per cent to the EU; 35 per cent of its imports came from Russia and 31 per cent from the EU. But Ukraine is vulnerable to a Russian squeeze on its energy imports. Despite some domestic production, Ukraine relies on Russia for about 60 per cent of its gas; imports from other sources have historically been negligible. This year it has cut imports from Russia by about 30 per cent, and increased imports from Western and Central Europe (saving money in the process). Ukraine hopes to exploit its shale gas reserves (though international oil and gas majors have been slow to invest, deterred by the poor business climate). But in the short term, Russia can make life uncomfortable economically. It can also step up political pressure: Putin’s adviser Sergei Glazyev warned in September that Russia could no longer guarantee “Ukraine’s status as a state” if it signed the Association Agreement.

Russia’s claim that it would need to take “defensive measures” against Ukrainian imports if Ukraine signed the Association Agreement is questionable. Suggestions either that EU goods will replace domestic production on the Ukrainian market, forcing Ukrainian goods onto Russia, or that EU agricultural products of dubious quality will reach Russia via Ukraine, seem fanciful. There is no reason why Russia could not continue to trade normally with neighbours who sign EU Association Agreements, rather than trying to force them inside the high and economically distorting tariff wall of the Customs Union. But Russia has so far paid more attention to geopolitics than economics in building its Customs Union. Ukrainian heavy industry might struggle to replace its markets in the former Soviet Union if Russia closed the door, but Russian customers would also suffer from the loss of familiar suppliers.

Whatever Russia does, Ukraine will have to accelerate its own reforms in order to benefit from the DCFTA. Research by the European Bank for Reconstruction and Development (EBRD) shows that among Eastern European states, Ukraine has made the least progress since 1989 in converging with the EU-15 in terms of GDP per capita. In the 33 countries in which the EBRD operates, real GDP has grown since 1989 by about 40 per cent; in Ukraine it is still almost 40 per cent below its 1989 level. The main reasons for this are weak institutions and rule of law; poor governance and high levels of corruption (in Transparency International’s 2012 Corruption Perceptions Index, Ukraine was 144th – worse than Russia, Azerbaijan or Kazakhstan, among others); and a lack of modernisation in key sectors (for example steel and agricultural production). With or without an Association Agreement, Ukraine will have to tackle these problems if it wants to close the prosperity gap with the rest of Europe.

In addition, the Association Agreement will require Ukraine to incorporate several hundred EU directives into its domestic legislation, in areas from agriculture to transport. There are transitional periods of up to eight years for Kyiv to come fully into line with EU standards and regulations, but even so the capacity of Ukraine’s public administration is likely to be stretched to its limit.

In the long run, meeting European standards will enable Ukraine to compete more effectively not only in EU markets but (perhaps even more importantly) in third countries. With some of the most fertile soil in Europe, for example, it should be well-placed to increase agricultural exports.

In the short term, however, there may be more pain than gain, even if the Russians refrain from imposing trade sanctions on Ukraine. Other countries in central Europe and the western Balkans going through a similar process of adjustment have had the incentive of eventual EU membership. This has spurred them to accept increased competition from the EU, and to invest political and economic resources in coming up to EU standards. But against a background of general enlargement fatigue and specific concern about Ukraine’s size, poverty and institutional backwardness, and about the likely Russian response, support for offering Ukraine a membership perspective has been limited to a few central European countries. It may be objectively true, as the EU has often argued, that all the reforms sought by the EU are also in Ukraine’s own long-term interest. But the political reality is that the downsides will be apparent sooner than the advantages.

How much does it matter to the EU whether Ukraine leans west or east, or stays uncomfortably balanced between the two? It is the largest country with its territory wholly in Europe. But it lacks the hydrocarbons that have lured foreign investors to Azerbaijan, and the leaders of the Orange Revolution squandered the chance to join Georgia as darlings of the West with their dysfunctional, bickering rule. If Russia cares enough to want Ukraine in its camp, why not let it have it?

The EU could look at Ukraine in grand, geopolitical terms. The American statesman Zbigniew Brzezinski wrote in the early 1990s that ‘Russia can be either an empire or a democracy, but it cannot be both. …Without Ukraine, Russia ceases to be an empire.’ But it would be a mistake for the EU to see Ukraine only through the prism of Russia.

Looked at in its own right, a prosperous Ukraine with functioning institutions and a modern economy would be a more attractive neighbour and partner than anything likely to emerge if it is left to its own devices, either joining the Customs Union or remaining in a no-man’s land.

Europe should therefore increase both its pressure on the Ukrainian government to reform and its practical support for the changes it seeks. Whatever their reservations about Yanukovych as an individual, European leaders should step up their engagement with him and his government. They should encourage Ukraine to make even more use of twinning arrangements and other forms of technical assistance offered by the European Commission to enable Ukraine to implement the necessary EU directives. They should maintain the Kwasniewski/Cox mission, which has proved its value over the last year as a means of strengthening the rule of law in Ukraine. Above all, they should offer Ukraine a membership perspective – certainly not in the short term, and with a list of reforms attached, but reflecting the fact that, for all its shortcomings in media freedom and rule of law, Ukraine has managed to remain a more or less democratic state for two decades.

As they head for Vilnius, European leaders should remember that Tymoshenko and Yanukovych are not the only people in Ukraine who matter. And as he ponders how to respond to Kwasniewski and Cox, Yanukovych should remember it too. Forty-five million Ukrainians also have a stake in getting closer to the EU.

Ian Bond is director of foreign policy at the Centre for European Reform.