Taxing is not stealing from the rich

Via WWNorton Sociology on Twitter, this item where Erik Olin Wright responds to a student arguing that taxation for public goods such as health care or education is stealing from the rich and a deprivation of their natural right to dispose of their income as they see fit. EOW destroys that argument in two steps:

1. the libertarian argument is that appropriation of income does not harm the poor (the student actually makes that argument). Not so says EOW.

“This condition never exists because the claims to property rights in nature – to the land and raw materials extracted from the land – have always and everywhere been originally established through violence and coercion. If a property right is initially established by force, then subsequent transfers of those rights are also illegitimate. This is not a minor wrinkle; it is fundamental to the nature of property rights.”

2. There is nothing “natural” about property rights.

“Production and wealth are the result of social interaction and interdependency, not isolated individual endeavors. A given person can become rich only because that person lives in a social world in which everyone benefits from the fruits of labor of people in the past and interactions in the present.”

File that alongside “there is no such thing as free market” and “it’s not your money.

EOW actually makes an argument close to that Neil Fligstein’s Architecture of Markets and the idea of conception of control, that is, that economic matters are embedded into a texture of social relations and rules that shape them. There is no such thing as a free homo economicus, working towards his self-interest and therefore deserving of keeping whatever he makes. There are categories of people who accumulated wealth over generations, initially through violent expropriation (think colonization and slavery) and then continued to have the rules set to protect such appropriation.

But such naturalization of what are social construct and ideological justifications is a neat trick to shut down discussion and treat every alternative as “unnatural” and therefore illegitimate and out of bounds for “serious” consideration, and not subject to democratic governance.”

“But individual self-governance or individual freedom is not the only value that is in play in economic production, and it does not have the character of some supreme value that “naturally” overrides all others. Other values that are relevant include social justice – being sure that the value of equal opportunity is not destroyed by the way we organize the rules of the game. Another value is human flourishing in its many forms. And of course, there is the value of robustly sustaining the process of social cooperation itself in order to maintain the level of social production and (perhaps) expand it. Many other values can also be specified as things which bear on the question, “what are the best rules of the game for organizing social production and distribution.” Once you see things this way it is not a violation of the freedom of the rich to tax them to provide health care for everyone or food for poor children or public schools. Rather, it is balancing the value of individual freedom with the value of social justice and human flourishing.“

Excellent observations. Reminds of Proudhon, more than 150 years ago, who said much the same thing about property.

‘This condition never exists because the claims to property rights in nature – to the land and raw
materials extracted from the land – have always and everywhere been originally established
through violence and coercion.’

Of course the reverse is true, property rights allow rational human beings to determine who is the rightful owner of certain scarce resources.

‘The fact that a given person can appropriate part of this social production for their personal use and enjoyment is not because of some “natural” facts about their personal contribution to the total pie.’

The total pie is a metaphor, it does not exist in the real world. The author seems to talk about welfare economics here, which I don’t think has much to show for.

‘exists because the claims to property rights in nature – to the land and raw materials extracted from the land – have always and everywhere been originally established through violence and coercion.’

@1: Proudhon also said that taxes are inherently unjust as they eventually always fall on the shoulders of the poor.

Of course the reverse is true, property rights allow rational human beings to determine who is the rightful owner of certain scarce resources.

That still doesn’t negate the fact that the rights were expropriated in the first place.

#5
I think you are confusing property rights with possession.

@7: Without posession you have nothing to assert the right over.

#8
And with property rights you can figure out if said possession is rightful. I do not see your point?

I know a better argument why a libertarian cannot claim that tax is theft.

So, do we own ourselves? I think that in our highly interwoven society this is quite an unrealistic point of view, since we all depend upon each other. Therefore the libertarian view is altogether an unrealistic startingpoint.

Moreover, people become wealthy because they live in an interwoven society. Therefore, to pay tax is not theft but repaying debth.

The unanswered question in SocProf’s argument: if the individual who is normally described as ’the owner’ of e.g. a land does actually not own the land, then who DOES own the land? Even if all the reasoning of SocProf is correct – which it is not – then still he provides no argument why the government or any other (group of) individual(s) has a (stronger) right to the property of ’the owner’ than ’the owner’ himself.

The unanswered question in SocProf’s argument: if the individual who is normally described as ‘the owner’ of e.g. a land does actually not own the land, then who DOES own the land?

Further, the question arises whether SocProf would agree that every individual owns at least his own body. I’ll assume he does.

That’s why we allow people to sell themselves into slavery for example. Or parts of their body. Oh wait…

The idea that one has absolute dominion over his property and life is not so obvious as you make it sound. There are many, *many* universally implemented laws, social norms, customs and conventions which constrain an individual’s “sovereignty” over his life and possessions. Saying “I own my body” is really the minority position, from a cross-cultural and historical perspective.

So you have do better than “well everybody agrees that…”. Because everybody doesnt.

@JanT: so I am partly an owner of your body, and the body of every other individual? Can I also chose which part I own – I have some preferences for some individuals of one specific gender.

That’s why we allow people to sell themselves into slavery for example. Or parts of their body
We do indeed; you can chose to sell your labor. You can also chose to sell e.g. your hair. In a free society you would indeed also be free to sell other body parts, see: http://fp.dagelijksestandaard.nl/2010/10/hoe-kan-je-pro-abortus-maar-anti-orgaanhandel-zijn/

So you have do better than “well everybody agrees that…”. Because everybody doesnt.
Then give some arguments against my position.

Most people don’t have much choice in the matter of labour. You either agree to sell it or face a life of subsistence.

if the individual who is normally described as ‘the owner’ of e.g. a land does actually not own the land, then who DOES own the land?

In #20 I argue that any percieved ownership is transient.

My subconscious is convinced it owns my body, so my psychiatrist tells me. But my mental health is not a public good, and neither is my education, ‘cause most of my time is my own. 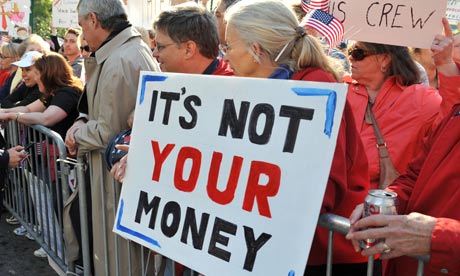