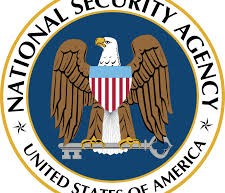 ANALYSE - Shortly after the initial release of some documents from whistleblower Edward Snowden I wrote a little summary about the IT-policy implications for Europe based on earlier columns. A lot of additional documents have come out since then and we can basically conclude that almost every computer system on the planet is fully broken or at least very vulnerable to NSA interference or manipulation.

Nobody, including the NSA, Edward Snowden, Glenn Greenwald has a total oversight of all the in the tens of thousands of documents let alone the political or strategic implications of the info contained in them. Most of the news keeps focusing on the ‘scandal’ aspect and/or the person of Snowden. Being angry at the US government (practised by most opponents) and attacking the person of Snowden (a favorite of apologists of the US regime) distracts from defining adequate policy responses and so far there have been precisely none in Europe. This constitutes a massive failure of the various EU governments to protect their citizens’ rights and the economic sovereignty of their nations. It is also strange in light of the fact that an adequate policy response had already been formulated in July 2001 and really just needs to be implemented.

But every now and then the disinfo spread by some apologists for the behaviors of the NSA is useful for understanding how much worse the situation may just turn out to be. This article by a former NSA employee and ‘counterintelligence expert’ is a nice example of an attempt at smearing the whistleblower while actually digging the hole the NSA (and the US regime) is in much, much deeper. The piece claims Snowden secretly worked for Russian intelligence all along. While I do not share the authors views on Snowden’s motivations or allegiances the suggestion that outside organisations could have agents inside the NSA has some interesting implications.

If I understand the gist of this post correctly there is a much bigger breach than one would conclude based on the mainstream news from The Guardian. Not only can (and does) the NSA collect pretty much everything anyone does in the digital realm by breaking systems and breaking into systems. They then are unable to protect this sigint goldmine from falling into the hands the agents of foreign intelligence organisations. So now all our data is in the hands of both the US and Russian governments. This begs the question what other organisations have deep-cover moles inside the NSA using its infrastructure to do the hard works of global sigint for them? The Chinese government? A South-American drugs Cartel? Private Military Companies? Journalists-activist-terrorists? Goldman Sachs? The implications are astounding.

If what this academic-with-the-columnist-style says it true the disaster is exponentially much bigger than it would initially appear to be and this has very little to do with any ‘damage’ to the US image or its ability to ‘do’ intelligence. First America gave the world the Internet as a global communication infrastructure and now it has given an unknown number of completely unaccountable actors the keys to this infrastructure to do with as they please.

A Russian/Chinese/Israeli/Iranian spy will benefit both from the sigint collected by the NSA systems and even more from the info about what the US Intelligence community is (and is not) looking at. They could maybe also manipulate the collection process to steer the NSA away from things they would like to remain unseen. Any serious spy organisation would spend a lot of resources on creating that ability since the US has made itself totally dependent on signals intelligence as opposed to humans in the field who speak languages and understand cultures.

If the NSA has created a global spying machine whose output they cannot control perhaps it would be best to shut the whole thing down today. This would also have the additional benefit of respecting the human right of privacy (as described in Article 12 of the universal declaration of human rights) for most of humanity.