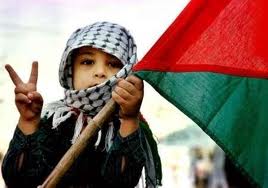 For months, the US and the EU have tried to discourage the Palestinians from asking the UN to recognise the state of Palestine. On both sides of the Atlantic, governments are concerned that the UN bid will exacerbate the conflict with Israel. But so far, American and European efforts have failed. Instead Washington and its EU counterparts should exploit the Palestinian initiative. If framed constructively, UN recognition could actually strengthen the prospects for peace.

Since spring, Palestinian President Mahmoud Abbas has been planning to ask the UN to recognise a state of Palestine based on the 1967 borders, and grant it UN membership in September. Abbas is portraying the initiative as part of a campaign of non-violent protests against Israel, designed to make headway towards a two-state solution at a time when peace talks have stalled.

The UN bid is very popular amongst the Palestinian population and it has gained support from numerous countries, including those in the Arab League. But the US and several EU governments worry that UN recognition would only make peace harder to achieve. Israel is already threatening to sever all assistance and contact with the Palestinian authorities out of concern that they will use recognition to pursue claims against Israel at the International Court of Justice. Furthermore, emboldened Palestinian grass roots movements and Israeli settlers might try to reclaim land from each other in the West Bank, triggering unrest and potentially violence.

The Obama administration has already publicly declared that it will oppose any UN resolution recognising a Palestinian state. This would prevent the Palestinians from obtaining the UN Security Council’s endorsement – required for UN membership. But they could still ask the General Assembly to recognise them and give Palestine the status of a UN observer state.

As a result Washington and the Europeans have been trying to re-launch peace talks in an attempt to entice the Palestinians to drop their bid for recognition. But this approach is not working. A special meeting of the Quartet (a group set up to support the peace process, made up of the US, the EU, Russia and the UN) in July failed to reach any conclusions, never mind convince Palestinians and Israelis to restart negotiations. In early August, according to some press reports, Israeli Prime Minister Benjamin Netanyahu agreed to negotiate with the Palestinians on the basis of the 1967 ceasefire lines. In light of Netanyahu’s long standing opposition to the idea, this would be a significant breakthrough. But the Palestinians have so far rejected the offer because Netanyahu – whom Palestinians suspect is still not truly committed to negotiations – would only hold such talks if they recognised Israel as a Jewish state.

Instead of opposing the UN bid, Washington and its European partners should use the Palestinian initiative to strengthen their efforts to re-launch peace talks. The US and the EU should inform the Palestinians that they will support a request for UN membership so long as the Palestinians ask the UN to recognise a state of Palestine whose borders broadly resemble those of 1967; they commit themselves to resolving outstanding disputes with Israel through negotiations (including the exact demarcation of borders); and they extend their executive control over the territory only through agreement with Israel.

Such a resolution would curtail the risks envisaged by Israel and others about UN recognition. It would reaffirm the primacy of negotiations as the way to solve the conflict. And by eliminating legal ambiguities about who controls Palestinian territory, it would reduce the scope for Palestinian and Israeli popular protests. In addition, when presented under such terms, UN recognition could help address some of the obstacles which have stalled the peace process in recent years. It would ensure that the Arab world, while undergoing a major upheaval, endorsed the concept of a two-state solution. And it would force the militant group Hamas, which is still in control of Gaza and has so far been disdainful of the UN effort, to either endorse it or lose support amongst the Palestinian people.

It is unusual for the UN to grant membership to a state with such extensive caveats. And many of the challenges which have blighted peace talks in the past are set to remain. Nevertheless Abbas’ initiative could offer the best platform to re-launch negotiations between Israelis and Palestinians. And at a time when violence is flaring up around Gaza and the Israeli-Egyptian border, the US and the EU must do their utmost to ensure that the Palestinian UN bid does not trigger further instability.

Clara Marina O’Donnell is a research fellow at the Centre for European Reform.