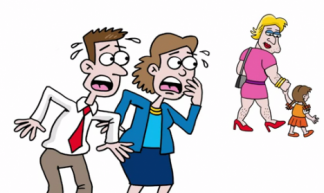 The “culture wars” in the United States, today, are fought on social media.

Sociological Images shared this example of a campaign that ran against a proposed ballot proposition (“Prop 5”) in Anchorage, Alaska, that would have extended citywide anti-discrimination protections to sexual orientation and transgender identity:

“In addition to the use of stereotypically-presented “transvestites” to represent all transgender individuals as grotesque and laughable, the ads also argue that employers should have the right to discriminate if they think their customers are prejudiced toward a particular group or uncomfortable with them in certain jobs — an argument that has been used to resist allowing racial minorities and women into various careers. The ads also suggest that Anchorage is already sufficiently tolerant and thus doesn’t need to address the issues Proposition 5 supporters claimed were a problem.”

Ads that raise fears about transvestites teaching in the classroom have been used since the 1970s during ballot measure campaigns, and the Religious Right has been raising concerns about transgender women in women’s bathrooms since the late 1980s. These two ads from the Anchorage Proposition 5 campaign are among the newest additions to the long tradition of ads that rely on stereotypes of LGBT individuals as predatory, dangerous to have around children, and having ulterior motives.

Fear. While it has proven mostly useless in getting people to change their behaviour through marketing, it can be extremely effective if it reinforces pre-existing anxieties about “others” — even if they are comically exaggerated.

Reframing the recognition of one person’s human rights as the violation of another’s religious freedoms is a common theme in the United States.

In this case, the approach worked. Prop 5 was defeated in April.

A third ad in the series (not featured in the SI post) is even more insidious. It presents the case that both gay and straight employers should have the “right” to discriminate based on sexual orientation: