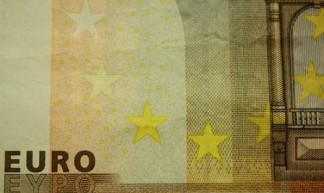 To say that Europe has a growth problem is an understatement. Almost four years since the outbreak of the global financial crisis, only a handful of EU countries (Austria, Belgium, Germany, Slovakia, Sweden and Poland) have seen their economic output return above pre-crisis levels. In all the others, output is still below its peak in 2008 – in some cases dramatically so. Greece, Ireland and Latvia have endured catastrophic declines. But even in Italy, Spain and the UK, where the downturns have been less dramatic, output has already taken longer to return to pre-crisis levels than it did during the Great Depression of the 1930s. If this were not bad enough, many economies contracted in the final quarter of 2011 and will fall back into recession in 2012. How to explain this debacle?

Ask European policy-makers what their growth strategy for the region is, and chances are they will identify two ingredients. First, they will say, countries across the EU must push through structural reforms to improve the supply-side performance of their economies. Labour markets must be reformed; goods and services markets opened to greater competition; spending on research and development boosted; the EU’s single market deepened (notably in areas such as the digital economy); and so on. Second, they will argue, governments must restore confidence and lift ‘animal spirits’ in the private sector by consolidating their public finances. In combination, structural reforms and fiscal austerity will restore the region to long-term ‘competitiveness’, and consequently to economic growth.

The problem with this story is two-fold. The first is that supply-side reforms, though necessary over the medium to long term, are mostly irrelevant in the short term. Few observers doubt that EU countries, particularly those across southern Europe, would be well-advised to take supply-side reforms more seriously than they did under the Lisbon agenda. If they did, their productivity and living standards would rise over the medium to longer run. But to propose such reforms as an answer to Europe’s immediate growth problem is to miss the point: it is to provide a long-term (supply-side) answer to a short-term (demand-side) problem. Deepening the EU’s single market is a perfectly sound idea. But it will do nothing to offset the immediate impact of private-sector ‘deleveraging’ on demand.

If the first prong of Europe’s growth strategy is beside the point in the short term, the second is positively damaging. For the past two years, policy-makers across Europe seem to have persuaded themselves that fiscal consolidation will boost growth. Jean-Claude Trichet, for one, repeatedly dismissed claims that budgetary austerity would depress growth, arguing that “confidence-inspiring measures will foster and not hamper recovery”. Similar claims were made by other policy-makers, inside and outside the eurozone. The trouble is that these assertions had little evidence to support them. As a careful study conducted by the IMF concluded in 2010, “fiscal consolidations typically lower growth in the short term”. In other words, their net effect on demand is contractionary, rather than expansionary.

It is important to be clear about the short-term impact of fiscal policy because several EU countries are now in a very special kind of downturn: they are in ‘balance sheet recessions’. Such recessions are what follow when debt-financed asset price bubbles burst. Since asset prices fall but liabilities do not, households and firms trim spending as they scramble to reduce their debts. In balance sheet recessions, monetary policy loses its potency because households and firms are less inclined to borrow and spend (even with short-term official interest rates close to zero), while banks (which have balance sheet problems of their own) are reluctant to lend. When the financial health of the private sector is so weak, fiscal policy is the only macroeconomic policy instrument left with any kind of traction.

When Lehman Brothers failed, government across Europe allowed their budget deficits to rise sharply. But the Greek sovereign debt crisis has since persuaded all of them to reverse course. Greece is paying the price for its past profligacy, and every country is desperate to persuade the financial markets that it is not the ‘next Greece’. Austerity is now the order of the day. But synchronised austerity is the opposite of policy coordination. And it is self-defeating. Tightening fiscal policy when monetary policy has lost traction depresses GDP more than would otherwise be the case. And when numerous governments are cutting spending at the same time, the contractionary effect on GDP is further magnified. Countries across the EU are cutting their budget deficits, yet still seeing their ratios of debt to GDP worsen.

A key question is whether governments have any choice. Many think they do not. The British government, for example, believes it has avoided Greece’s fate only because of the ambition of its fiscal consolidation plans. The problem with this explanation is that Japan can issue government debt more cheaply than the UK, even though its public finances are weaker than Greece’s. This suggests that the UK could, if it so wished, slow the pace of fiscal consolidation without losing the confidence of the bond markets. But it also suggests that members of the eurozone enjoy no such choice. Because they are not the sole masters of the currency in which they issue their debt, some are effectively being forced to tighten fiscal policy even when, as in southern Europe, this is economically self-defeating.

The short-term problem for Europe, then, is that demand across much of the region is chronically weak – and that fiscal policy is making matters worse. In balance sheet recessions, when households and firms cut spending and become net savers, governments must step into the breach by borrowing and spending. People who worry about the resulting deterioration of public finances should remember three things. First, large fiscal deficits are merely the counterpart of the increase in net savings among households and firms. Second, in balance sheet recessions fiscal deficits do not ‘crowd out’ private spending. And third, if governments cut spending when the private sector is ‘deleveraging’, activity will contract (unless foreigners come to the rescue by borrowing and spending more themselves).

The case against Europe’s growth strategy, then, is that it is all supply and no demand. There is no question that structural reforms are urgently needed to boost long-term growth. But fiscal policy is being tightened too rapidly. Europe has turned what should have been a marathon into a sprint. Governments are cutting public spending before private-sector balance sheets have been repaired. The result is that the more certain EU countries do to balance their budgets, the more output contracts. Fiscal virtue, in short, has become an economic vice. Not only does it risk pushing economic output in countries such as Spain the way of Greece, Ireland and Latvia. But it also risks discrediting much-needed structural reforms by associating them in voters’ minds with collapsing activity and rising job losses.

Philip Whyte is a senior research fellow at the Centre for European Reform.