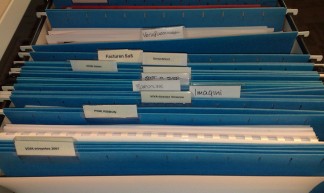 The key strengths of the NEHTA initiative are a lack of foresight, a lack of consultation, a lack of expertise, and a lack of money. Each of these is an enormous blessing in disguise when it comes to the problem at hand. Let me explain, for it is truly quite wondrous that these things should be strengths.

A lack of foresight in this area means that you don’t try to deal with all the problems that might arise. You essentially just do your best to guess the major blocks and then you improvise as the problems hit you. And the problems are stupendous, ranging from incompatible programming code to dysfunctional organisations who don’t want to play ball, emerging privacy issues, game-playing private contractors, opportunistic politicians, and high staff turnover.

The ‘let’s just forge ahead and adapt as we go along’ strategy is in essence a much smarter strategy than trying to work it all out beforehand, simply because it can’t be done. It’s too hard to anticipate the millions of different scenarios that could happen to derail original plans. Indeed, the outcome we have now hardly resembles the unrealistic plans of just three years ago. Strange as it may seem, but a lack of foresight is proving a blessing when it comes to setting up this sort of system, for it means we have not set up internal systems (and groups protecting them!) that prove to be unworkable and that would pertain to an imagined outcome that never arose.

All NEHTA has ended up with sofar is a bare-bones framework and a vague idea of where we might end up. Its strength is the agility of experimentation versus the rigidity of planning. And one of the funny things is that NEHTA of course has continuously pretended to have planned everything that is happening, whereas it in fact has just been stumbling along from one unexpected problem to the other, adapting, cutting, and axing its supposed grand plan as it went along.

A lack of consultation is proving similarly crucial in this initiative. True consultation with lobby groups would mean every stake-holder would be warned about what they actually stand to lose down the line when the register gathers pace. After all, a system that is used for the flow of money, will undoubtedly also lead to changes in the way that money flows. A fully functional register would tell a health ministry which hospital and which health specialist is doing unusually poorly or is curiously expensive. The register would thus be the natural vehicle for organising competition between institutions and professions. Imagine having to negotiate with those professions and health providers that secretly know they are inefficient, on a system that will eventually expose this and cut out their slice of the pie!

The great thing about a lack of consultation is thus that you let sleeping dogs lie. There are still plenty of dogs barking, but not half as many and not half as vicious as they would be if they fully realised what is at stake. This is for instance the main mistake that was made in the Netherlands – consultation killed the process because too many stake-holders were alerted to what they might lose so they developed and voiced one objection and political road block after another.

A lack of expertise is also proving a major blessing in disguise for this initiative. By lack of expertise I mean that the builders of the national register had almost no clue of the difficulties faced on the ground by health professionals and patients. They were a bit naive. As a result, when major fundamental problems were discovered weeks before major elements of the national register were supposed to go online, quick pragmatic solutions were put in place with almost zero consultation that should greatly increase the eventual usefulness of this thing.

Consider as an example of this, the initial inability to foresee that you have to bribe individuals uploading the information in order to get them to do it. Its basic economics that you have to do this, but a lack of expertise prevented them from seeing beforehand how important incentives really are. They were instead actually counting on the benevolence of the health professionals to complete all the uploading work. Due to a lack of expertise and realism, this major design element was overlooked, and had to quickly be worked out when spotted. This then lead to a payment for doctors and other health professionals to upload information to the system. This in turn, via the backdoor, established the principle of payments via this electronic register on the basis of system usage. It is a principle that would involve years of political wrangling if you had to discuss it beforehand, because it is so obvious where it would lead once in place. Hence, a lack of expertise has effectively allowed a crucial and politically sensitive mechanism to be smuggled in at the last minute with no organised opposition!

For a completely different reason, a lack of money has proven a blessing in disguise. Fully establishing and implementing a national electronic system would cost tens of billions of dollars to do properly. Instead, Australia is doing it on the cheap, pouring no more than half a billion per year into this.

Imagine if tens of billions of dollars were available on the table for this. The vultures would be circling. If health providers knew that kind of money was on the table, the negotiations about implementation and bribes would be endless. Private contractors would game everything to the max. Different ministries would be claiming ownership over part of the enterprise in order to tap into the money pot. The shoestring budget this endeavour is on has thus protected it from big players and allowed it to slip under the radar and get going.

So we now have an embryonic national register with minimal bells and whistles that is of limited use at the moment, but that has great potential. Should it now attract more funds, more expertise, more consultation, and develop greater foresight in order to realise its potential? I sincerely hope not, for it would be the surest way to kill it off. In order for it to grow and gather applications, it needs to first quietly experiment, make mistakes, find the most useful and docile users first, and slip in the major elements that will make it useful down the track. It is way too early to be investing big money into it.

Only once it has been established for a decade or so, with a secure operator, full functionality, and all the important usages in place, would this be safe from political obstruction. Would we eventually need a big push for a national electronic health register? Perhaps we will if the system was used as the main conduit of money in the Health System. Though maybe that can be slipped in quietly too.

Hence it is a case of so far so good with the National electronic health system in Australia. It remains a wonderful example of the genius of Australian institutional innovation at work. With less resources, less planning, less consultation and less expertise than other countries (like the US and the UK) we seem to get more results than others. Who would have thought?