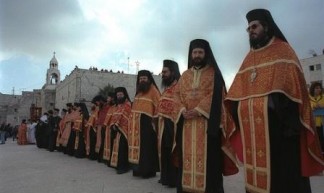 I am always suspicious of broad generalizations about entire populations or generations. So, I am not entirely sure what to make of this argument by sociologist Sophia Mappa. Something to think about. It is in French, so here is the gist of it in English.

The starting point of her argument is that Angela Merkel’s inflexibility is incomprehensible to ordinary Greeks. The reason is that such inflexibility is rooted in the protestant culture of the 16th century, something well-known thanks to Max Weber’s classic The Protestant Ethic and the Spirit of Capitalism. This moral culture is one of individual obedience to divine law, disregarded due to the corruption of the Roman Catholic Church. It is a culture of glorification of labor as a means of salvation which led to human dominion over nature (and other humans) in order to generate wealth and where frugality and puritanism are the norms of individual moral conduct. According to Weber, this is what led to the rise of capitalism. For Mappa, this is what explains its persistence in Germany, even as this system is being questioned all over Europe, as part of both the economic crisis and the legitimation crisis. From this perspective, the laborious and strong Germans’s views of the weakening of their European neighbors stems from these protestant roots.

Mappa argues that German culture is both close and very different from European Latin cultures. It has produced grandiosity and misery at the same time, including a certain intolerance to other cultures and a desire to dominate them and force them to accept the German model. Merkel’s policies reflect such an attitude. Her position seems to push for the punishment of the heretic rather getting out of the crisis.

At the same time, Greek history has different roots, linked to the Byzantine and Ottoman Empires. After all, according to Mappa, Greece did not directly contribute to the Renaissance, the Enlightenment, the Westphalian order or capitalism (except as historical remembrance but not as active power player, if I may use that expression). The Greek state, set up in the 19th Century, was not a product of its people’s will. As with all colonized countries, the state apparatus, the constitutions, the kings, the polity and their financing, were provided, right off the bat, by the European chanceries.

The spirit of these institutions never took hold in Greek society. There was no adaptation or emergence of alternatives in order to get closer to Europe. The Greek society then invested these foreign institutions with its own culture, and especially with the centrality of the Church. And so, if it accepted Europe-approved kings, it opposed the emergence of central governance mechanisms, typical of the modern nation-state.

For Mappa, Greek political power is rooted, even to this say, in the imaginary of the Ottoman Empire, that of the beys and other clan chiefs, reigning over their clients and kinship networks, trading material welfare for political allegiance. The now-famous refusal to pay taxes, so widespread in this society, stems this imperial past where taxation was domination, and not construction of a central authority, for the common welfare (at least in theory) beyond particularisms. For the past two centuries, this state has been regulated from the outside: the European chanceries, the US after WWII, and since 1981, the European Commission.

For the past two centuries, then, those in charge of the state have submitted to the diktats from the outside, while adapting them to their own benefit and those of their clients and cronies. That is what the lat Prime Minister – Georges Papandréou – did, and that is what his successor, Loukas Papadimos, will do despite his much vaunted technocratic credentials.

Economically speaking, according to Mappa, there was never any collective acceptance of the spirit of capitalism. Economic activity remained tied to Greek history and traditional trade: agriculture, commerce, fishery, banking and tourism, but not industry. It is not that the Greeks are lazy, as Merkel and other might think. But, despite the common – yet false – idea that capitalism is part of human nature and therefore universal, the Greeks, as many others on this planet, do not get its spirit and mechanisms. And Greece’s entrance into the European Union has not changed that.

And quite predictably, European financial flows, allocated by the European Economic Community were used not for production, for clientelism and and consumption of European-made goods, including weaponry from France and Germany. And under neoliberal governance, the liberalization of the markets and competition from Western goods, the traditional gap between production and consumption led to the current disaster. For Mappa, without a doubt, there is a great deal of responsibility from the Greek society and especially its elite.

European leaders are also to blame for their simplistic economic dogma and the illusion of their omnipotence in governing other countries. They are currently ruining their own societies and preventing EU peripheral countries from recovering from the crisis.

At this point, an EU commissioner would bring nothing to Greece. Quite the opposite. This would only be seen as yet another humiliation that would aggravate the despair and rebellion that are already quite widespread.

So, certain ideas need to be questioned: austerity measures, Merkel’s illusion that one can just shape societies at the snap of a finger, with some stern disciplining from the hegemon. It is not just the destruction of Greece that is at stake, but that of the entire European Union.

And if that was not convincing enough, there is this:

“Homelessness has soared by an estimated 25% since 2009 as Greece spirals further into its worst post-war economic crisis.

The country is now in its fifth straight year of recession and the official unemployment rate is nudging 20%, exacerbated by the austerity measures being pushed through in return for more bail-out money.

Greeks now speak of another section of society: the “new homeless”.

“They don’t have the ‘traditional profile’ of homeless people,” says Ms Nousi.

“They are well dressed and well educated. Until last year they had a good flat or a nice car – and now they have nothing.

One of the new regulars at the kitchen is Vicky Kolozi.

A former journalist with the state broadcaster ERT, she lost her job a year ago and now cannot afford to feed herself and her daughter.

“It is hard to feel that I have to depend on this now,” she tells me.

And that reality is particularly harsh at the moment as Greece shivers in freezing temperatures.”

And beyond Greece, Italy:

“With around one in three young Italians now unemployed, many of its younger generation are contemplating emigrating to destinations as far afield as Africa and South America, in the hope of better employment prospects.”