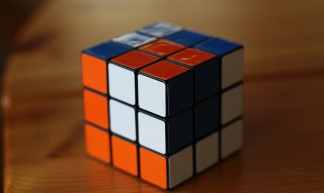 EU watchers remember well the surprise – and for some, disappointment – that greeted the announcement of Van Rompuy and Ashton in late November 2009. Both appointments were judged to indicate a low level of ambition on the part of national governments for the EU leadership posts created by the Lisbon treaty. Likewise, the earlier reappointment of the conservative and careful Barroso for another five years was an homage to the status quo.
What do the choices of 2009 bode for those ahead? Back then, EU governments wished to avoid a trio of hyper-assertive egos at the EU’s helm. But their bigger concern was to match a tiny pool of credible candidates with the expectation that the new appointments would reflect as broad a cross-section of the Union’s membership as possible.

The Lisbon treaty’s requirements made this task even harder: the European Parliament – along with a majority of EU countries – must now approve the president of the Commission and the high representative for foreign policy (who is also a member of the college of European commissioners). Since the Parliament’s own presidency traditionally alternates between its left and right political groupings, the EP’s negotiators insisted that one of the EU’s top three should be a socialist. That opened the way for appointment of Baroness Ashton (from the British Labour Party) as high representative. This choice probably also sets a precedent that at least one of the three positions should be held by a woman.

In addition, the Lisbon treaty says that governments should nominate a new Commission president while “taking account of the European elections” and that the EP will henceforth “elect” as opposed to simply approve the post. Hence the EP’s political groupings are planning to present their own candidates for Commission president in 2014. For example, Martin Schulz, EP president since 2012, wants to be the nominee of the pan-European socialists; Viviane Reding, the EU’s justice commissioner, clearly wants to run for the conservatives, known as the European People’s Party (EPP); as does Guy Verhofstadt for the liberals. (If the latter two are unsuccessful in securing nominations, they may end up sharing the post of EP president as a consolation prize.) The EPP is usually the largest political party and therefore its candidate can expect to become Commission president, perhaps with some support needed from the liberals.

The idea is to boost the democratic legitimacy of the Commission, which has gained new powers to screen national budgets as a result of Europe’s debt crisis. But it is currently an open question as to whether each of the EPP, the Party of European Socialists (PES) and the Alliance of European Liberals will be able to agree upon and then unite behind a credible candidate. Furthermore, much of Europe is mired in recession, with high unemployment and poor economic prospects. Eurosceptic movements have been growing in several countries in reaction to the eurozone crisis, which means that the European election is wide open to political reverses, populists and protest votes. All of this makes the elections a potentially volatile element in the appointments process.

A second key factor will be the impact of the incumbents. Although unwisely dismissed as a ‘non-entity’ by some critics, Herman Van Rompuy has enjoyed success as the first permanent president of the European Council, even though the job entails few resources or formal powers. The former Belgian prime minister’s consensus-building skills have been important in managing the worst phases of the eurozone crisis so far, and have helped EU leaders to agree a deal on the Union’s long-term budget in February 2013. Van Rompuy’s low-key successes make it more likely that his successor will have a similar profile: the former leader of a small-to-medium sized country who is quietly tough and a proven conciliator.

Ashton has fared relatively less well. Despite some real successes – such as brokering peace between Serbia and Kosovo, and keeping the British, French, Germans, Americans, Chinese and Russians together during the Iranian nuclear diplomacy – she has attracted many brickbats. Some of this can be attributed to her lack of foreign policy experience. But a more significant reason is the mismatch between governments’ expectations that the high representative could immediately deliver confident diplomatic responses to crises in Haiti, Libya and the Arab Spring while simultaneously creating a new European External Action Service (EEAS) from scratch. Ashton herself has likened this to flying a plane while building the wings.

Moreover, while national foreign ministries tend to complain about the failures of the EU’s fledgling diplomatic corps, they would be equally likely to lament a highly activist high representative. (Britain has fought a long campaign to prevent EEAS officials speaking on behalf of the EU, in an attempt to thwart ‘competence creep’.) Several countries, including France and Germany, have circulated ideas on how to make the EEAS a more effective diplomatic player in the years ahead, notably by reducing the Commission’s stranglehold over it. If such brainstormings are to lead to tangible results, governments will need to seek out an already established foreign policy ‘star’ to be the next high representative.

Third, Europe’s political landscape has changed significantly since 2009. Germany has emerged as the dominant EU country while France’s own economic woes have for the present reduced its power over the Union. However, Berlin remains circumspect in the area of security policy, refusing, for example, to involve itself in the Libyan conflict in 2011, while being reluctant to support the French intervention in Mali this year against jihadist rebels.

The Mediterranean countries have haemorrhaged political influence, as their economies have fallen into crisis. Cyprus, Greece, Italy, Portugal and Spain – have either become clients or wards of the EU since 2009. Under David Cameron, Britain has exiled itself to the Union’s margins to such an extent that it is impossible to imagine a Briton in any senior EU portfolio after 2014 other than single market, competition or trade commissioner. And Poland now styles itself as the ‘France of the East’: a country with a healthy and large economy,  a complement to, and restraint on, German power; and the independent, utilitarian leader of the newer member-states.

Given all these factors, who are the likeliest candidates for the EU top three in 2014? Of the Mediterranean countries, none seem to have a potential claim on a top EU post. Mario Draghi already heads the European Central Bank. And Franco Frattini – a former Italian foreign minister and European commissioner – is currently angling to succeed Anders Fogh Rasmussen as NATO secretary general in 2014. (Frattini faces competition from Belgium’s Pieter De Crem, Norway’s Espen Bath Eide, Slovenia’s Danilo Türk, Slovakia’s Miroslav Lajcak and perhaps even Turkey’s president, Abdullah Gül, for the NATO post.)

Rasmussen would probably make a good high representative, especially as the former Danish prime minister could draw on his NATO experience to help develop the EU’s weak security and military structures. But the current Danish government, headed by former MEP Helle Thorning-Schmidt, is a coalition of socialist parties which would not nominate Rasmussen, a liberal. Thorning-Schmidt is currently so unpopular as prime minster that she herself is rumoured to be interested in the role of EU commissioner.

Nonetheless, Rasmussen should still be counted as a possible Council president since his candidature could be considered without an initial nomination from the Danes. Serving as the EU’s rotating chairman during Denmark’s 2002 EU presidency, Rasmussen successfully concluded tough negotiations over the terms of admission of eight new EU member-states, experience which should count strongly in his favour. This assumes that the post can be held by someone from a non-euro area country, however.

Poland’s current prime minister, Donald Tusk, and its eloquent foreign minister, Radek Sikorski, are clear favourites for the post of Commission president and high representative respectively, though of course both jobs could not go to Poles. Germany might back Tusk in order to cement Berlin’s political alliance with Warsaw and because it is time for someone from one of the newer member-states to get a top job. But would Tusk be strong enough to lead the Commission in difficult times, or even willing to seek the EPP’s nomination for president? If not, his name should be included in the rather small pool of potential candidates to succeed Van Rompuy.

Another variable is whether Sikorski may replace Ban-Ki Moon as secretary general of the United Nations since, under the UN practice of Buggins’ turn, the next incumbent looks likely to be an Eastern European. Even if not, the UK is thought to be opposed to the outspoken and ambitious Sikorski becoming high representative: despite his British roots he has become a champion of European integration. Other potential candidates include Sweden’s Carl Bildt, Finland’s Alexander Stubb or Bulgaria’s Kristalina Georgieva. The latter has impressed many as the EU’s humanitarian aid commissioner.

Alternatively, Europe’s leaders may decide that – given current political realities – it would be prudent to fill one of the top EU posts with a German. Frank-Walter Steinmeier, the Bundestag opposition leader, and a former foreign minister, might secure the high representative post, for example. Even if his Social Democratic Party is not in government after September, Steinmeier has significant bi-partisan appeal and was vice-chancellor in Germany’s 2005-2009 grand coalition. Furthermore, his appointment would signal a new German interest in taking on more leadership responsibility in foreign policy.

France’s present weakness is one of the most worrying political developments in today’s EU, since this has led to French insecurity, German over-confidence and a rapid deterioration of the Franco-German relationship. Ideally, François Hollande, the French president, would promote Christine Lagarde, the current head of the International Monetary Fund for Commission president. Lagarde would represent the best chance of an effective counter-balance to the North European conviction that austerity alone is the cure for the eurozone’s ills.

Under Lagarde, the IMF has been the most influential international critic of EU policies guided by this orthodoxy. However, Lagarde is a centre-right politician and former finance minister under Nicolas Sarkozy, and therefore would not secure the PES ticket. She is also currently mired in an as-yet inconclusive investigation by French police into allegations of corruption during her time in government. All of this probably renders Lagarde’s candidature invalid, which is a pity: she would make a stronger EPP candidate for Commission president than either Tusk or Reding.

However, Pascal Lamy – the current head of the World Trade Organisation and ex-European commissioner – has a respectable pedigree on the left, having served as an advisor to former French finance minister and Commission president, Jacques Delors as well as a former socialist prime minister, Pierre Mauroy. Hollande should consider promoting Lamy for the PES candidacy to help shore up French influence within the Union.

Europe’s leaders have a veritable Rubik’s cube of political considerations to solve in 2014 in order to appoint a new EU leadership triumvirate. They must find three candidates who together represent the right balance geographically and politically, as well as satisfying new sensitivities over democratic legitimacy, gender and the concern that the Union is slowly splitting into a eurozone cabal and an outer ring of non-euro rule-takers. The trio’s final identity is largely contingent on the eurozone crisis, which will continue to re-shape European politics in the run up to the May 2014 elections.

Given Europe’s current challenges, it is to be hoped that governments and the pan-European political parties co-operate together to agree a pantheon of star candidates. But what may happen is that the election results, combined with the alchemical effect of the appointments process itself, will eliminate early front-runners and give previously unlikely nominees a new veneer of credibility. In that sense, 2014 could well be a re-run of 2009.

Hugo Brady is a senior research fellow at the Centre for European Reform.