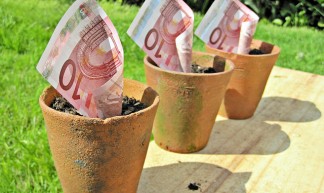 ANALYSE - The eurozone’s budget deficits have been better than those in the US or UK, but to have sound public finances, more is required.

The European Commission and the European Central Bank like to compare the eurozone’s budget deficit and overall level of public indebtedness favourably with the US and the UK. Senior policy-makers from both institutions cite the allegedly superior fiscal performance of the eurozone to justify their outspoken support for austerity. They claim that the eurozone has acted more decisively to put its public finances on a sustainable footing and will reap a growth dividend for this, as confidence returns more quickly to the eurozone than to the US or UK. Is the Commission’s confidence justified? Or is it guilty of using data selectively to justify policies that are not working?

The eurozone as a whole has certainly run smaller budget deficits than the US or the UK over the last five years. Whereas the eurozone deficit averaged 4.4 per cent of GDP per year in 2008-12, the UK’s was 8.4 per cent and that of the US almost 10 per cent. However, an economy’s budget deficit only says so much about its debt dynamics. The sustainability of a country’s fiscal position is less about the size of its budget deficit at a particular point in the economic cycle, and much more about the size of its debt stock, the cost of borrowing and the trend in nominal GDP (that is, economic growth plus inflation). And here the picture becomes less clear.

Kopje
The eurozone budget deficit may have averaged less than half the US’s over the last five years, but the eurozone’s ratio of public debt to GDP has grown only slightly less rapidly than the US’s. The eurozone’s debt stock has increased from 70 per cent of GDP in 2008 to an estimated 94 per cent in 2012. Over the same period, the comparable US ratio rose from 76 per cent to 107 per cent, and that of the UK from 52 per cent to 89 per cent.
Moreover, around five percentage points of the rise in the US debt stock reflects the cost of recapitalising the country’s banks (the comparable figure for the UK is around 8 per cent of GDP). It is hard to put a figure on the cost to the tax-payer (so far) of bank recapitalisations in the eurozone, but it is certainly less than 2 per cent of GDP. It is legitimate to include the costs of bank recapitalisation in the three economies’ debt stocks: eurozone governments (individually or collectively) will eventually have to pump large amounts of public money into their banks, pushing up the level of public debt across the currency union.

If the cost of bank recapitalisation is excluded, public indebtedness has only risen slightly more quickly in the US than in the eurozone. The UK’s debt ratio has increased significantly faster than the eurozone, even after taking into account the expense of recapitalising banks. However, the rise in the UK’s debt stock has outpaced that of the eurozone’s by less than suggested by the UK’s much bigger budget deficit.

Why has the ratio of eurozone debt to GDP risen almost as much as in the US, despite the US running a budget deficit of twice the size of the eurozone over this period? One factor is nominal GDP or the ‘denominator’, which has grown more quickly in the US than in the eurozone, reflecting a much stronger economic recovery. This has contained the expansion of debt to GDP in the US relative to the eurozone, where the expansion of nominal GDP has been much weaker. Nominal GDP in the UK has also risen more rapidly than in the eurozone, although this reflects higher inflation rather than a superior growth performance. Inflation is no panacea, of course. Eventually investors will demand a higher premium to compensate for it. But they are only likely to do so once economic recovery is underway (and other assets become more attractive than government bonds). At that point fiscal deficits should fall rapidly in any case, as tax revenues rise and social transfers fall.

The crucial importance of nominal GDP to a country’s debt dynamics is illustrated by Italy. Despite managing to run a small deficit, Italy has experienced a very large rise in the ratio of debt to GDP over the last five years. One reason is that Italian nominal GDP actually fell slightly between 2008 and 2012. Greece, Ireland and Portugal, together with Spain, have all run much larger deficits than Italy, though only in the case of Ireland has the deficit been significantly bigger than in the US (reflecting the scale of Ireland’s bank recapitalisation programme). But Greece and Ireland have experienced huge falls in nominal GDP (14 per cent in both cases), whereas Spain and Portugal have posted declines of around 3 per cent. Falling nominal GDP is a major reason why they have all experienced dramatic increases in their debt ratios, far in excess of the US or the UK.
Borrow cheaply
Another factor explaining why the eurozone’s debt stock has risen so quickly despite a relatively small deficit is higher real borrowing costs. Quantitative easing by the US Federal Reserve and the Bank of England, combined with concerns over weak economic prospects (which undermines the attractiveness of other assets), have pushed down government borrowing costs. Both the US and UK have been able to borrow (and refinance debt) very cheaply. Crucially, borrowing costs have been below the rate of inflation in both countries, which slows the accumulation of debt relative to GDP.
By contrast, average borrowing costs across the eurozone have been considerably higher. While Germany, the Netherlands, Finland and Austria have been able to borrow as cheaply as the US, and France has only had to pay a bit more, struggling eurozone economies such as Italy and Spain and, of course, the three small peripheral economies, have had to pay far more to borrow funds. Investors have questioned whether their membership of the currency union is sustainable and have demanded a premium to offset the convertibility risk. Since the ECB indicated in mid-2012 a readiness to purchase potentially unlimited quantities of struggling eurozone countries’ debt, borrowing costs have fallen. However, they still remain well above the rate of inflation.
A combination of stagnant or declining nominal GDP and borrowing costs in excess of inflation is poisonous for many eurozone countries’ debt dynamics. It is all but impossible to prevent a rapid accumulation of debt to GDP when the nominal GDP is not growing, irrespective of how much fiscal virtue a country demonstrates. Indeed, from the perspective of debt dynamics, fiscal austerity can be counterproductive. As Italy demonstrates, running a primary budget surplus (the budget balance before the payment of interest) is no guarantee of fiscal sustainability if interest rates are high and nominal GDP stagnant or falling.
What will the future bring?
What about the future? The European Commission forecasts that eurozone public debt will barely rise as a proportion of GDP in 2013 and actually start falling in 2014. Economic forecasting is necessarily imprecise, but the Commission’s strain credibility. Every six months it has to revise down its growth forecasts and revise up its forecasts for debt. The coming year’s revisions look set to be even bigger than those we have seen over the last few years.
Even assuming the ECB continues to hold down borrowing costs, there is little indication that they will be below the rate of inflation in the struggling eurozone countries. And the outlook for economic growth is extremely poor. Assuming that austerity in the current economic climate is as bad for growth as the Commission and the IMF now acknowledge (but do not incorporate into their forecasts), real GDP will fall steeply in 2013 across much of the eurozone, pushing down inflation with it. Nominal GDP will do little more than stagnate (falling steeply in the south, stagnating in France and the Netherlands and rising somewhat in Germany). Assuming further austerity (on top of that already announced) is avoided, the eurozone could seek out a bit of nominal GDP growth in 2014. The risk, however, is that the deepening of the slump brought on by austerity will weaken public finances further and be used to justify more austerity. This, in turn, would weaken nominal GDP further.
A miracle?
There may be a miracle, but in all likelihood the eurozone is going to combine the worst of both worlds: stagnant or falling GDP and rapidly rising debt. The prolonged slump threatens to further weaken the eurozone’s banks, increasing the amount of money that eurozone governments will eventually have to borrow in order to recapitalise them. It is impossible to say whether by 2017 (ten years after the start of the crisis) the eurozone or the US will have experienced the bigger build-up of debt relative to GDP. However, what can be said with a high degree of certainty is that the US economy will be substantially larger in 2017 than it was in 2007.
Not only is the eurozone likely to experience a lost decade, but the growth potential of its economy will almost certainly have eroded further as mass unemployment and weak business investment damages the supply side. The UK’s experience is likely to be much closer to the eurozone’s than the US’s. Notwithstanding its euroscepticism, the strategy of the British government has more in common with the rest of Europe than it does with the US. It is stepping up the pace of fiscal austerity in the face of extremely weak consumption and business investment and a worsening outlook for exports.
Simon Tilford is chief economist at the Centre for European Reform.