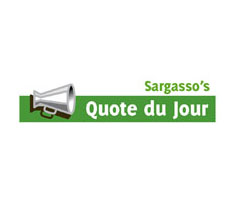 Almost wherever we look – at the United States or Italy or Germany or Britain, not to mention China, Russia, and India – an upsurge of national feeling has become the main driving force of political events.

What, then, explains the sudden dominance of nationalism? There is not much positively patriotic about the new nationalism in Italy, Britain, or even the US. Instead, the upsurge of national feeling seems largely a xenophobic phenomenon, as famously defined by the Czech-American sociologist Karl Deutsch: “A nation is a group of people linked together by a common error about their ancestry and a common dislike of their neighbours.” Hard times – low wages, inequality, regional deprivation, and post-crisis austerity – provoke a hunt for scapegoats, and foreigners are always a tempting target.

Maar volgens Kaletsky is the xenophobic effort to blame economic hardship on foreigners doomed to failure.

In the months or years ahead, voters in the US and Italy will learn the same lesson. There, too, scapegoating foreign influences, whether through trade or immigration, will do nothing to lift living standards or address the sources of political discontent.

But the new government is also exploiting the nationalist upsurge to attack reforms that have nothing to do with Europe and are vital to Italy’s economic success.

The opposite of populist nationalism is not globalist elitism; it is economic realism. And in the end, reality will win.