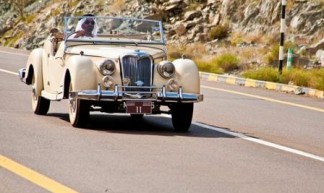 If you are going to read one author / journalist on the issue of global criminality, it should be Misha Glenny. His two latest books are strong indictments of the global governance system and its lack of teeth when it comes to global criminal organizations as well as national oligarchies’s role in destabilizing economies and profiting from the results.

In this Financial Times column, he clearly explains the two main issues that have precipitated Greece’s collapse (no quoting from FT articles, you gotta click on the link to read the whole thing):

According to Glenny, it is especially these oligarch families that have stashed away Euros.
They are waiting for Greece to exit the Eurozone and to start implement what are, in effect, structural adjustment programs, including privatization at basement prices, in Drachma. They will buy the whole lot for close to nothing. Papandreou, who unveiled the pan-Balkan criminality and was going after tax-evaders is the latest victim of their power. And, the media that these families control will cheer on any furthering of austerity measures and vilify anyone who dares trying to get in the way.

But Glenny also blames Western European countries for playing high and mighty with the reckless Mediterranean countries while ignoring what was very obvious for a while. After all, who is now clamoring for Greece to pay its debts to wealthy German investors or else? And which Western European (especially British) banks have turned down the unpaid taxes as well as “running away” Euros from the oligarchs? Yeah.

If one thinks this is a bit far-fetched and fin-foily, check out this other FT article on the dirty dealing of Russian oligarchs.

Who said nation-states no longer mattered.

These facts only reinforce the decade-old idea that the global governance system works only for the powerful of the world, and suffers from a major democratic deficit, a fact amply illustrated by the global panic caused by Papandreou’s proposal of a referendum on austerity measures. As Richard Morris writes, it seems that the price of saving capitalism is democracy.

The extraction of economic policy from the purview of democratic governance (something that did not bother a whole lot of people what that was imposed on developing countries during the lost decade of the 80s) is probably one of the towering achievements of neoliberal global governance as well as the ideological work done by think tanks and corporate media organizations.