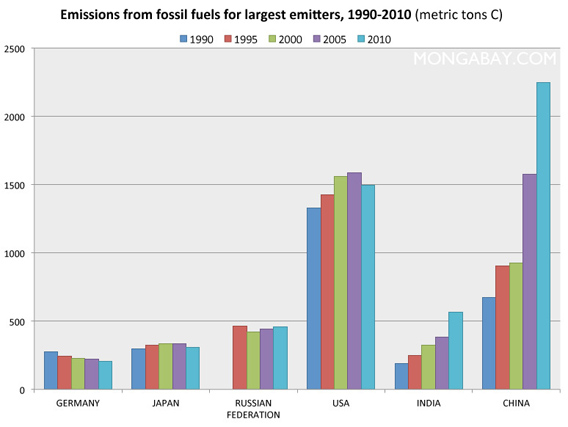 Earlier this month the U.S. Department of Energy’s Energy Information Administration announced an 8 percent drop in U.S. carbon dioxide emissions during the first quarter of 2012. Emissions between January and March 2012 were the lowest since 1992.

The drop in emissions was mostly attributed to a mild winter and utilities’ continuing shift away from coal-burning due to low natural gas prices, but the quarterly results are consistent with an ongoing trend in the United States: falling carbon dioxide emissions. Since peaking at 1,642 tons of carbon (6,022 tons of carbon dioxide) emissions in 2007, have fallen 9 percent.

But reductions in the United States have been more than offset by carbon emissions growth in developing countries, especially China, where emissions from fossil fuels have grown from 929 metric tons of carbon in 2000 to 2,248 in 2010. Other countries are outpacing even China, however. Vietnam, Oman, and Nigeria all experienced faster growth in greenhouse gas emissions since 1995. Since 2000, only Angola and Vietnam have surpassed China in emissions growth among countries with more than 10 million metric tons in annual emissions. 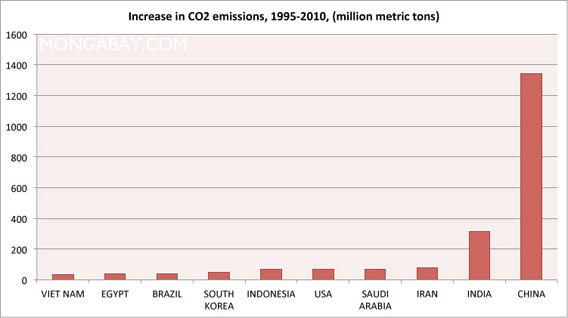 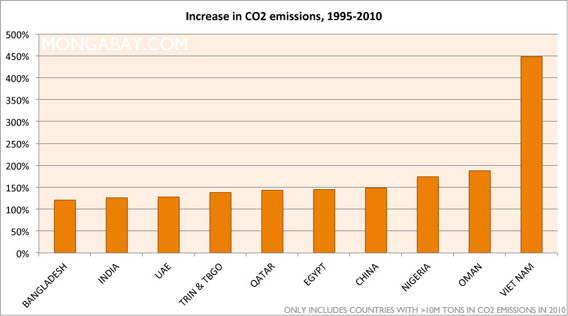 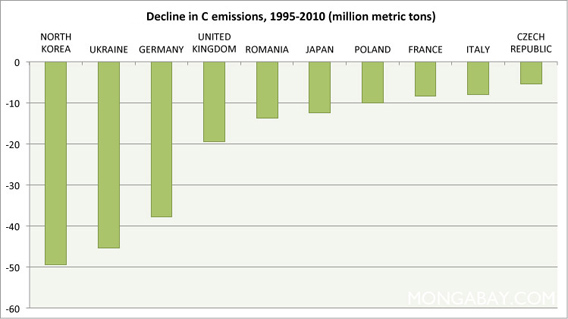 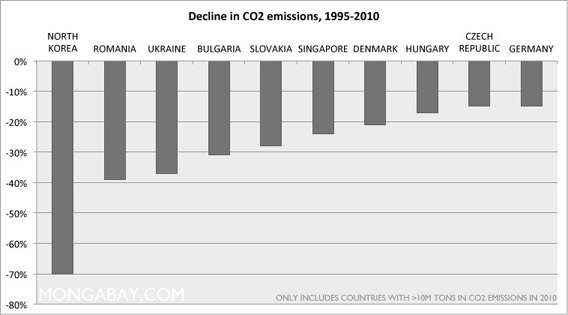 On a per capita basis, China’s emissions are also growing rapidly. According to figures released last month, per capita emissions in China reached 1.96 metric tons of carbon (7.2 tons of CO2-equivalent) in 2011, approaching European levels of 2.05 tons per head. On that front however, China is still well behind per capita emissions of the United States and several small island and oil-rich states. 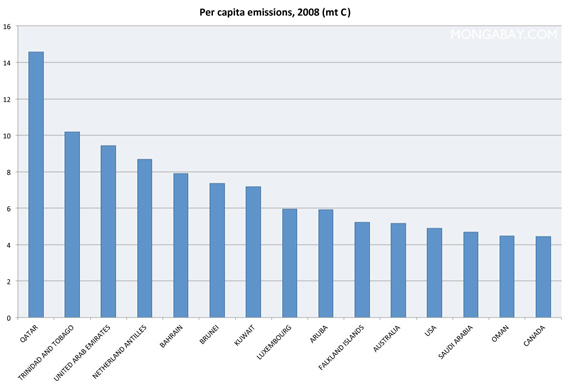 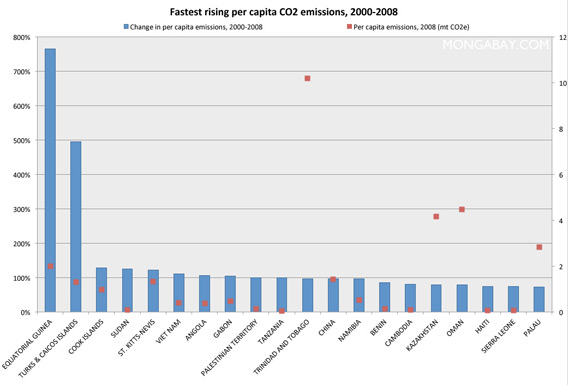 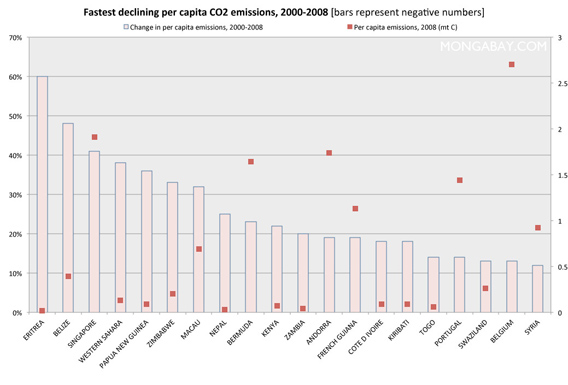 China’s emissions are rising due to rapid economic growth resulting from urbanization and modernization as well as outsourcing of manufacturing by industrialized nations. Countries like the United States have effectively transferred a portion of their emissions to China.

Countries like the United States have effectively transferred a portion of their emissions to China.