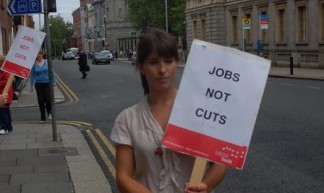 A fifth of young people in the EU are not in employment, education or training – a measure tagged with the ungainly acronym ‘NEET’. The problem is not confined to the usual suspects, like Spain (49 per cent) or Italy (29 per cent). Nearly a quarter of people under 25 are jobless or not in education in France, Sweden and the UK. Politicians are sounding the alarm. The EU’s Employment Commissioner, László Andor, recently stated that “without decisive action at EU and national level” we will create a “lost generation”. French president Nicolas Sarkozy condemns a “vicious cycle” of worklessness and deteriorating skills.

Are governments’ fears justified? The ‘NEET’ measure is not very accurate. It lumps together recent graduates, who face much shorter periods of unemployment than the low-skilled, with those who leave school at 16 with no qualifications and who may struggle to find work for the rest of their lives. Overall, young workers tend to be unemployed for shorter periods than older ones. And on average they have more family resources to rely upon than older unemployed people: many can live at home, and be bankrolled by their parents.

However, there is no doubt that prospects look bleak for Europe’s youth. They have fewer marketable skills than older workers on average, and hence find it hardest to get work in periods of high unemployment, not least because redundant workers with more skills ‘trade down’ to lower paid jobs. As Europe’s economic stagnation continues – it is already into its fourth year with no end in sight – more people will join the ranks of the long-term unemployed. The longer someone is out of work, the harder it is to get them back in: they lose motivation; they lose the skills they have through lack of use; and they are more likely to succumb to mental illness, alcoholism and drugs, and crime.

Politicians are right to demand that something must be done. But what? The best way to deal with unemployment is to get economies growing again. Easing up on the pace of fiscal austerity would alleviate pressures on labour markets. But governments have turned their backs on this solution.

Instead, many are continuing to deploy cheap policies that are unlikely to work in a downturn. In recent years, governments have turned to ‘work first’ policies to try to get workers to supply their labour, or employers to demand it, or both. The UK, for example, has started to demand that unemployed people do work experience or subsidised work in exchange for welfare benefits. But the evidence from a similar programme in Germany suggests that this approach raises average employment prospects only marginally, and actually reduces it for people aged under 25.

France has raised the percentage of young people large firms must employ if they want to avoid a penalty tax, while Spain is offering tax breaks to small enterprises to take on young people. Such schemes are unlikely to help much: they are limited to particular sizes of companies, in order to keep the costs low for the taxpayer, and so will only lead to jobs for a fraction of the jobless youth. Moreover, they have unintended side-effects. For example, firms have an incentive to switch older workers for younger ones, which will make no difference to the overall unemployment rate. France’s penalty tax may make firms less productive, by forcing them to take on more low-skilled young people. More importantly, ‘work first’ policies are ineffective in tackling cyclical unemployment, when demand for labour is depressed. When cyclical unemployment is high, there are more applicants than jobs, and pushing people to supply their labour while trying to coax or force employers to hire them will not work.

The best way to tackle youth unemployment in a slump is to invest in people’s skills. Investment in skills does two helpful things: it removes some young people from the labour market, making it easier for others to get jobs, and it improves the stock of skills the economy can draw on once demand recovers, which can help boost growth.

Participation rates in vocational training and university education among 18 to 24 year olds are low in many of the European countries struggling with youth unemployment. Between 40 and 43 per cent of young people in the UK, France, Spain and Portugal are in some form of education, compared to 53 to 60 per cent in Germany, the Netherlands, Denmark, Norway and Finland. The latter countries have much lower levels of youth unemployment than the European average.

If France boosted the proportion of young people in education and training to 50 per cent, the NEET rate would fall to 16 per cent. This would require the creation of 400,000 places. Such a move would reduce the number of young applicants per job by nearly a third, helping to ease pressure on the youth labour market during the slump.

Improving young people’s skills will also help Europe’s economy to be more productive in the longer term, and reduce structural unemployment. The returns on investment in human capital are very large, on average, which shows that training leads to more productive workers and thus higher wages and more employment. University graduates across the OECD earn €123,000 more than non-graduates over their lifetime, well above the €35,000 cost of their education. People who complete high school or take vocational courses make €43,000 more than those who do not, with the education costing an average of €19,000. A proportion of these extra earnings will eventually flow back into government coffers through higher taxes and reduced unemployment benefits. Furthermore, these costs do not take into account unemployment benefits and other social costs, which make the case for action even more compelling. At present, governments are currently paying vast sums in unemployment benefits, and young people are losing skills and motivation. Ongoing unemployment depletes the economy’s stock of human capital, reducing growth potential.

For countries that cannot or will not risk their public finances, there is an alternative. The cost of education can be passed on to students themselves, with the government providing the finance. This means that the cost of increasing the proportion of young people in either training or education need not endanger the government’s balance sheet directly. The UK may be a model to follow. It has introduced higher tuition fees with upfront loans to cover the costs of both university and vocational qualifications. The loan is repaid through the tax system once graduates and trainees are working and are earning more than a certain wage threshold. There is a low interest rate attached. However, the UK has not increased the number of places available, which is crucial for such a model to act as a safety valve for youth unemployment.

Europe faces a choice. It can continue to fiddle with small-scale, ineffective labour market policies for young people. Or it can invest in their human capital. It should choose the latter. Such a policy would open the way for stronger productivity growth once the current crisis has been overcome. In the interim, it would prevent young people from losing skills and motivation, and joining the ranks of the long-term unemployed. It would also make it easier for those that cannot or will not take up more education and training to find a job.

John Springford is a research fellow at the Centre for European Reform.