Terrorism in the EU is rising again

DATA - NOTE: This is the English translation of this original article.

The number of terrorism attacks in the EU rose from 152 in 2013 to 201 in 2014. The number of deaths dropped from 7 to 4. All four deaths were by religious inspired terrorism. In all cases by moslims.
The figures were published today in the new yearly Europol report.

We summarized the most important trends since 2002 in a couple of graphs.
First the number of attacks and arrests per year: 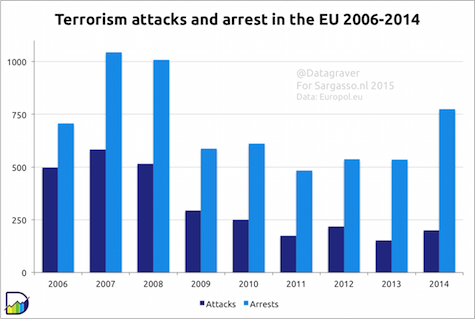 Next the number of deaths, religious inspired and the others, by year: 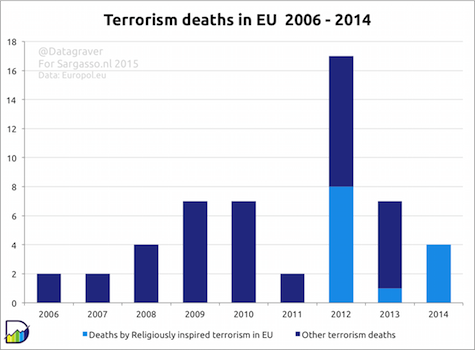 And the total number of attacks per category. The group “other” has grown significantly. We have not found an explanation for that ye. 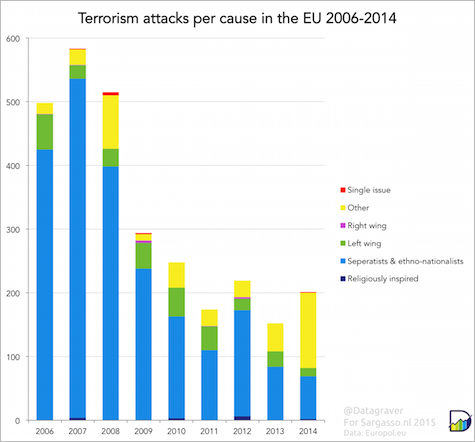